The SAPS offers careers in various fields. If you join the SAPS you can either become a police official or a civilian employee. Police officials are employed in terms of the South African Police Service Act, 1995 (Act No 68 of 1995). Civilian employees are employed in terms of the Public Service Act, 1994 (Act No 103 of 1994). Most functional Police Officials are directly involved in preventing, combating or investigating crime. The other Police officials and civilian personnel carry out support functions. 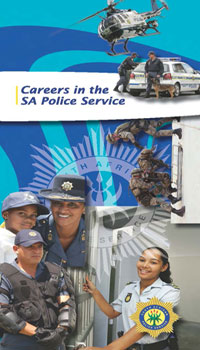